Trail running here in the Alps is unlike anywhere else I’ve ever laced up my Salomons and headed out the door. One’s body simply needs time to adjust to the sheer verticality of it all— no matter what your pre-trip training back home. For me, a purely recreational runner, I notice a change at about three to four weeks. Like all transitions, a day comes when some clue tells you you’re finally adjusted to your new surroundings.

Today was that day. In the Postbus headed to the start of the Chandolin Double KM—that’s 2,000 meters of vertical climbing, in this case spread over 7.7 km— it dawned on me that we had been descending steadily for 20 minutes. That was on top of the earlier bus from St. Luc to Vissoie. And, oh, St. Luc is still many hundreds of meters below the finish of today’s race.

The simple fact is, I just don’t care any more. Take me to the middle of the earth, I thought, and I’ll run right out of it. As the bus continued to descend, I imagined a conversation about the next trail race, “Les Kilometres de la Lune.” What? We’re running to the moon? Hmm. What is that, about 500,000 km of vertical? Well, okay. I haven’t really trained for that distance, but I’ll bring plenty of Ovomaltine and get a good night’s rest. What time’s the start, anyway?

Two months earlier, I had researched the various vertical kilometer races around the Alps with a wary eye. An official designation from the International Skyrunning Federation, the Vertical KM is gaining in popularity.  This week, I signed up for a double vertical KM, and never even bothered to look at the course profile online. Who cares? You go up until you stop. What more do you need to know?

For fellow runners out there, this was my first race with trail running poles, and they were extremely helpful on several very steep sections. I wasn’t going to bring them along, but was convinced after meeting two compatriots during breakfast this morning at Le Chalet Grand Favre. One shared horror stories of last year’s run sans les batons. “Without sticks…” his voice trailed off, as he looked morosely down at his feet. “Last year…” His friend continued, “It was not good.” I ran directly to my duffel bag to dig out my set. ‘Nuff said.

This was just the second running of the Chando Double KM , and it was punctuated by one very poignant moment. Just a month earlier, the race’s much-adored organizer, the noted ski mountaineer David Salamin, was killed while climbing on the nearby Weisshorn. His loss was devastating to the entire valley, where he had many friends and relatives—a number of whom were running today. A minute of silence before the race was the most solemn moment I’ve experienced in a long, long time.

The race went smoothly enough for me. At this point, I know the routines reasonably well. It was hard, sure. Fun? In a “most-people-wouldn’t-call-this-fun-but-I-do” kind of way.  And like so many of the smaller Valais mountain races, it was largely comprised of locals. Today’s Double KM had just 79 starters. (A single Vertical KM, ending in the midpoint town of Chandolin, had 104 racers.) Switchback after switchback was punctuated by tiny mountain hamlets of chalets, with cheering families on their door steps.

As we ticked our way upwards— a sign indicated every 100 vertical meters of climbing — I realized that, for perhaps the first time ever, I didn’t want a race to end. This summer of Alp runs, both timed and for the pure pleasure of it, have been like a great book: every chapter a page-turner, that forlorn feeling creeping in as you eye the very few pages remaining.

A runner closes in on the finish. (Watch out for the rather impressive drop on your left!)

Chando’s Double KM has the perfect finish. The course doubles down on the vertical, before granting a final reprieve. With 500 meters of climbing to go, runners stare at what appears to be a grassy wall of death. Blasé at this point in the season, I muttered under my breath, “That’s all you got, Chando?” Sometimes, my family’s irreverent sense of humor really helps me get through a tough spot.

Topping out 20 minutes later, I witnessed one of the nicest few hundred meters of mountain running I’ve seen all season.  Alpine grasses, turned to brown fall colors, led gently up to the summit of the 2,716 meter high L’Illhorn. It felt especially quiet up here. The cows were gone, I realized. Last weekend, this valley celebrated Des Alpes, the annual ritual of moving the cows, sheep and goats down from the high pastures. Snow had already come and gone at this elevation. Change was literally in the air.

I hit a false summit, ran over a narrow bridge across a precipice and in twenty meters, it was all over.  With about a dozen other finishers, I was standing atop a precipitous Alp summit. There wasn’t room for many more of us, either.

I sat down and took in the stupendous view, as my pulse and breathing slowed. I could see nearly every one of this summer’s race courses from this vantage. Sierre-Zinal below me. Swissalpine in the distance. Mountainman Marathon, out there somewhere. Fully-Sorniot, Grimpette des Bedjuis. West towards Champéry and the Trail DM.

In two days, I thought, I’ll be on a plane headed for home. This kind of experience can’t possibly happen every year. There are obligations, finances, and workmates who aren’t always able to be so gracious. Family and partners with other needs to meet. And, of course, it won’t go on for more obvious reasons. Injuries come and go. And, I’m 48 years old. You don’t see many 65-year-olds playing this game.

I thought of David Salamin, too. Trail runners, climbers, ski mountaineers… as a lot, we’re adventurers and explorers. We’re pushing to see what our bodies can do, to get to places few others have gone.  We work hard to manage risks but, sometimes, tragedy strikes. 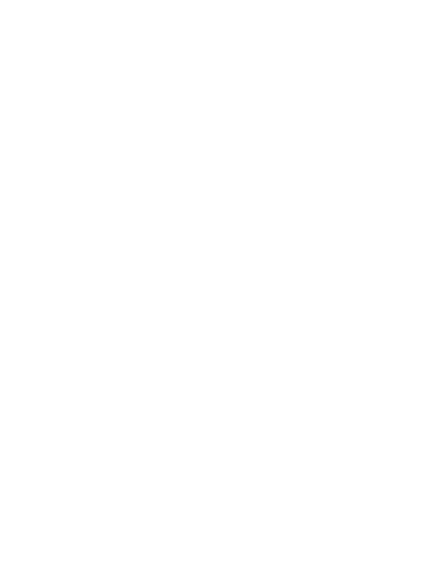 These thoughts washed over me, as I looked out over the mountains.

If only it didn’t end so well, I thought. It makes leaving so hard. But home is waiting. I’ve missed work meetings, long to see my canine trail running sidekick, Samivel, and look forward to catching up with family, friends and getting out on the familiar trails of home.

I share congratulations with the other runners who have been at my side the past few hours. Everyone’s beaming. It’s a great day up here, at the top of the world. Bon course! Bien Fait! Ça marche? Ouais! Bien sûr.

I look around and soak in the details of the view. Remember this moment, I think. Reluctantly, I start heading down. I join a few other runners who are jogging slowly, following the télésiège signs. I have one eye on the path, the other on the Matterhorn.

It’s been a great season, and now it’s time to head home.

I don’t want this to end. But it is over, for me. These guys have a dozen more races this fall, if they want. But, an Alp trail running season is over for this American, and it’s time to head for home.

2 thoughts on “Le Double: Might as Well Run to the Moon”