Sierre-Zinal is a 31-kilometer long mountain race that climbs over 2,200 meters from the valley town of Sierre in Switzerland’s Valais region to the mountain village of Zinal. The course brings you along mountain trails and dirt tracks, and passes small hamlets and historic points like the Hotel Weisshorn. It has been happening every summer for 42 years.

My awareness of Sierre-Zinal came three summers ago at the end of my season guiding for Alpinehikers. I was leaving a Haute Route tour a few days early to return to the states. This separation from the group happened to take place in Zinal. My departure from the village conveniently lined up with the 40th anniversary of the race. My bus didn’t leave until midmorning, so I backtracked along the course to wait for the first racers to come into town. Slowly, they started to trickle in. 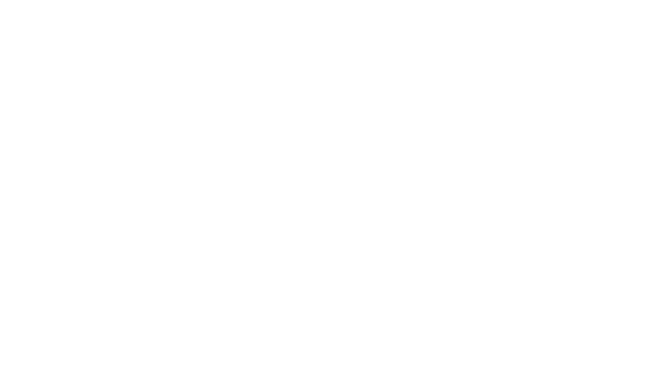 At this point in the race—those last few hundred meters– the expressions on runners’ faces are raw and plainly evident. You can see who is finishing strong, who is in pain, who is struggling to simply keep it together. When the first few women ran by me, a match struck, and a flame grew. I wanted in. They didn’t have the slender birdlike builds of successful roadrunners. These women were strong. They were mountain runners. That could be me!

The following summer I returned to Europe for another season of guiding with both Alpinehikers and, now, Run the Alps. When Doug Mayer, the founder of Run the Alps, suggested running Sierre-Zinal, I jumped at the opportunity. The inspiration from the previous summer was still there, but as I educated myself about the specific of the race profile, doubt set in. Would I be fit enough? As a guide, I hike all summer, but runs are hard to fit in during my busy work schedule. The day of the race arrived and I decided to give it my all, regardless of whether I was in top condition. A mass of us mountain runners–over 2,000 strong–gathered at the starting line at 4:30 in the morning. In the darkness, we buzzed with excited energy, joking about what lay ahead. Doug made us promise not to hate him at the end of the race.

Surrounded by darkness, the race began at 5:00 am, and we worked our way towards the starting line. Thanks to all the racers, it took a couple of minutes to get there. In those first few kilometers, I tried to pass as many people as possible on the paved road, before we funneled onto the narrow dirt track. Little did I know that the whole race would become a passing game. There were so many people, and the majority of the race is on narrow single track, so I dropped into a race of tactical passing. I never really got to run at my own pace, but I also didn’t experience the same fatigue and mental chatter – It would feel so good to stop for just a little bit. Can I stop running now? How about now? Just keep pushing till that next turn, rock, tree in the trail – as in other trail races. Looking for opportunities to pass acted as a powerful distraction.

As I reached the end of the course, crossing the same footbridge where I had watched runners the summer before, a wave of emotion and gratitude came over me. I was living an intention I had set the year before. This was the best race I had ever run! It made me not only feel strong as a runner, but also as a person who believes strongly in cultivating challenge in life and living with intention. Setting goals and meeting them makes me feel that I am living my life to it’s fullest. And, as promised, I didn’t hate Doug.

This summer I returned to race Sierre-Zinal again. There’s something about the race that draws you in. It’s friendly, full of warmth and energy, and acts as a meeting place for friends, old and new. The course is challenging in a way that makes you appreciate the mountains, your body, and the dynamic relationship between the two. The course starts with a sustained 1,500-meter climb over the first 8 kilometers. It continues to climb 700 meters in the middle, with short steep downhill reliefs. The last quarter of the race drops 700 meters with a plummet to Zinal. The uphill requires determination and steady pacing. The downhill demands intense focus as the trail twists and turns over roots and rocks. Even the flats keep you on your toes, as you cross sections comprised of loose rocks.

The race also has another feature that drew me in. It has two divisions, tourist and elite. Runners can enter either. Most choose to enter the tourist division, despite the early 5:00 am start. The elite division starts at 9:30 am, which allows most tourists to watch the elites come tearing to the finish around noon. Again this year, I ran with the tourists and, again, I found myself at the starting line in the pre-dawn darkness, waiting excitedly for the race to begin.

This year the tourist division was divided into four groups, with runners self-selecting the group in which they should start, based on their estimation of their finishing time. After my people-passing game the year prior, I put myself in the back of the first group. Even in the dark of the early morning I noticed something interesting – I was surrounded by men. Where were all the women? I wondered.

As the race began I crossed the starting line within thirty seconds. Unlike the year before, I was able to choose a pace that worked for me on the pavement. I kept my start slow, so I didn’t burn out halfway up the first long climb. The course still bottlenecked at the transition to single track, but this time the line kept moving instead of coming to a dead stop. I got to run the race at my pace and, at times, I even found myself on stretches with no one visible behind or in front. The trail was wide open, and beckoned me on the downhill, taunted me on the uphill, and allowed me to cruise on the flats. I felt free, like a dog that’s been let off leash, running with joy, excitement, glee.

I don’t know much French, but I started to hear a lot of cheering with the word “fille” from the crowds of onlookers along the course. I was getting a lot of recognition for being a women. The closer Zinal grew, the more clarity the crowd gave me. With a “dixième” I deciphered the number ten. Was I in tenth place for women? The idea sparked extra energy that helped me cruise down the last steep hill into town.

Success! Another Sierre-Zinal in the books. (Doug Mayer photo.)

The fun thing about running in Sierre-Zinal’s tourist division is that it’s about collective enjoyment of the mountains, not competition. The finishers aren’t categorized by places, to earn—or not earn—medals. Everyone receives the same finisher medal along with the same perks of a free lunch, massage, and diplôme, or race certificate. Even now, I don’t know if I did indeed finish in tenth place for the women. That would take a bit of Excel spreadsheet magic. And, besides, it really doesn’t matter to me. What matters is that life circumstances came together to allow me to be at the start of Sierre-Zinal for another year, and that my body and mind cooperated to carry me through the mountains with strength and drive.

This time, when I passed the same footbridge where three years ago I watched runners finish Sierre-Zinal, I found myself excited to run next year… and the next… and the next.

Sierre-Zinal: The Mind and the Body, Faster and Faster.

Pablo: The Man Behind a Remarkable Record.

Why Sierre-Zinal is the Best Trail Race in the World.