“I could tell you my adventures—beginning from this morning,” said Alice a little timidly; “but it’s no use going back to yesterday, because I was a different person then.” ― Lewis Carroll, Alice’s Adventures in Wonderland and Through the Looking Glass

What happened out there?

That’s the lingering thought that returns whenever I think about last week, when for six days I continuously ran, hiked, and walked the 330 km Tor des Géants, a loop trail run that passes through the high alps of Northern Italy as it winds its way around the Aosta Valley.

It’s hard to describe the Tor for at least two reasons. First, there are no comps. The Tor is in a class by itself. If there’s an event that’s close, it’s UTMB®’s PTL, a 300 km challenge that calls on greater alpine skills, but does not consider itself a race.

Second, the Tor is so far out there, it defies easy explanation. Roch Horton, longtime board member of Colorado’s Hardrock Endurance Run, ran the Tor this year. He told a friend, “The Tor is to Hardrock, as Hardrock is to Leadville.” Meaning, it’s “next level” compared even to Hardrock, one of the toughest trail races anywhere. Tahoe 200, perhaps the US’s best-known 200-mile race, has a time limit of 100 hours. The Tor? 150.

Then there are stats. 330 to 357 km in length, depending on who’s measuring, and anywhere from 24,000 to 30,000 meters of climbing and descending. Each year, about 50% of starters drop from the race. Participants with whom I talked averaged between one and three hours per night of sleep– in keeping with my still-in-the-single digits total for all six days, combined.

So, what did happen out there?

One thing is certain: experiences varied. The Tor is unique to each individual, perhaps more akin to taking LSD than running a trail race. All I can offer is my own story. Here are a few of those highlights and lowlights:

*Hitting snow on the first pass of the Tor, Col Arp (2571m)—and climbing along with several playful cows, who ran—full speed—straight up the fall line. 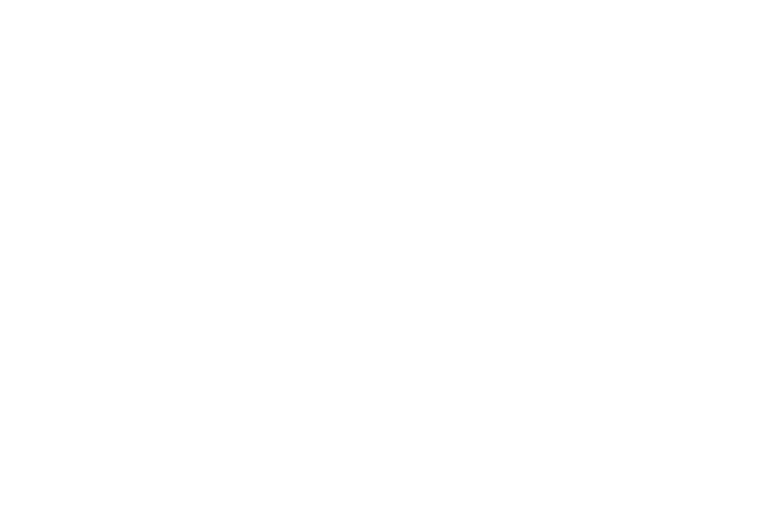 The Tor moved through dozens of villages in Northern Italy, large and small– Valtourenche, in this photo. (Tor press photo by Pierre Lucianaz.)

*An evening crossing of Col Loson (3300 m) that was downright perilous. Snow covered the airy traverse near the top of the col in Gran Paradiso National Park, and below me, my headlamp hinted at the potential of a plummeting fall. In the darkness, I heard my partner for much of the Tor, Dave McDermott, yell out, “Watch the traverse!” It was delicate, and I was as focused as I had ever been in my life, understanding the consequences of a misstep. I felt a flood of relief when I reached the summit of the col, and the security of the fixed lines that carried us down the other side. 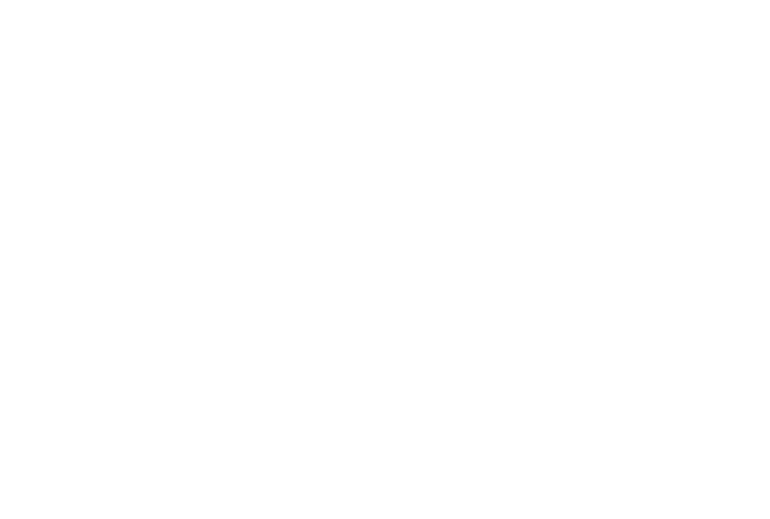 Technical, exposed sections on the Tor were secured with fixed lines, here at the Col di Valcornera. (Tor press photo by Pierre Lucianaz.)

*Parting ways with Dave. We shared the topographical, physical and mental ups and downs of more than half the Tor, but in the end, Tor 2019 didn’t quite coming together for Dave, and eventually one of the course’s upcoming time barriers loomed large. I knew I had to move, or my Tor would end as well. Leaving Dave and moving forward alone was bittersweet as I climbed out of the aid station at Neil.

*Hallucinations galore. After two nights with little or no sleep, my brain struggled to make sense of its surroundings. Want to scramble the data pulsing through your optic nerve? Divert its supply of fuel to your quads, then mix in some fatigue and poor lighting. You’ll see a 1200-pound bunny rabbit (reality: a sleeping cow), cozy, tiny homes with lamps glowing inside (reality: boulders with interesting shading and striations), and a few seconds of a scene from the movie Beetlejuice. (Reality: beats me. That one came out of nowhere.)

Night comes to Col Champillon as a Tor runner closes in on the finish in Courmayeur. Mont Blanc is in the distance. (Tor press photo by Stefano Jeantet.)

*Waking up from a ten-minute trailside nap a few meters below Col Champillon, walking to the col, then seeing Mont Blanc for the first time in six days—then pivoting around to see the full moon rise behind. Stripped emotionally raw, tears formed. Seeing Mont Blanc again, I knew I was almost done with the Tor. I thought of a quote I had read as a child from Admiral Byrd, the famed explorer and the first person to spend a winter at the South Pole: “I watched the sky a long time, concluding that such beauty was reserved for distant, dangerous places, and that nature has good reason for exacting her own special sacrifices from those determined to witness them.”

*Running into Courmayeur. Wanting some time to myself, I parted ways with my Tor-found friend, Will from Seattle, and tore down the final kilometers from Refugio Bertone. Entering town, I disappeared into an introspective, meditative calm, even as growing crowds cheered me on. I didn’t look up, instead taking in the sounds of friends’ voices and cheers of onlookers as I ran along Courmayeur’s cobbled Viale Monte Bianco. Then– 145 hours and 11 minutes after it started– the yellow ramp and Tor finish arch appeared—something I had only seen in photos. I was emotionally numb, but at some level acknowledged, that, well, this was it. I had finished what would probably be the hardest physical and mental challenge of my life. My Tor was over.

A runner moves up towards Col Malantra on the last day of the Tor. (Tor Press photo by Stefano Jeantet.)

What is the change, exactly? I’m not sure. For the moment, perhaps the only response many of us who ran the Tor can give is what longtime US ultrarunner Bob Crowley told me a few days after the Tor. “Here’s what I can say,” he said. “I’m not the same person I was before the Tor.”

Maybe we’ll figure it out in time. This fall, I’ll be writing a story about the Tor for Trail Runner magazine. Perhaps by then, with mental distance and some rest, clarity will reign and a clear image will form in my brain of went down out there, and the Tor will take its place among the many mountain adventures of my life.

Timeout on the Tor. A runner takes a moment to readjust layers during the a middle-of-the-night break at Col Crosatie. (Tor press photo by Stefano Jeantet.)

Someone asked me this past week if he should consider the Tor. I answered with all the usual guidance one might expect. Run a number of hard ultras first. Do it for good—meaning mentally and physically healthy—reasons. Be ready for adversity. Train at night, on little sleep. Adopt a positive attitude, even when you have no reason to do so. Believe it is possible even when you don’t yet understand what will be asked of you. 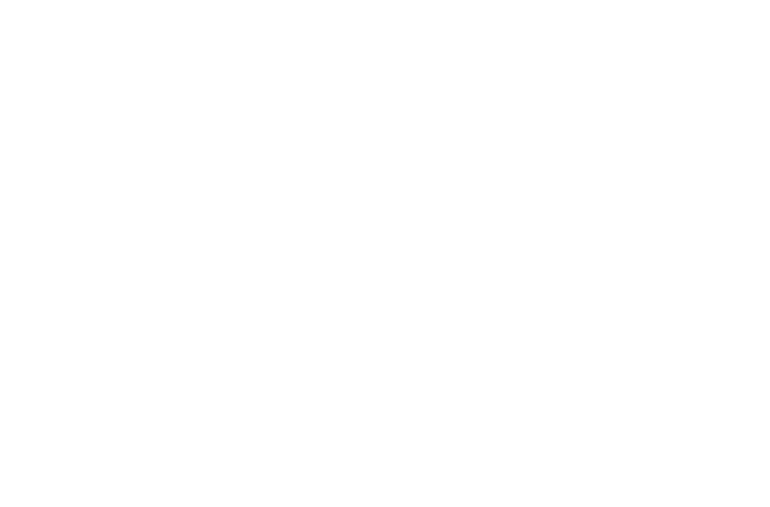 And, just like that, it’s over. Tor finishers run up a yellow ramp in Courmayeur, Italy. (Tor press photo by Roberto Roux.)

But that answer felt incomplete. That’s advice for Hardrock, or UTMB, or Tahoe 200. The Tor is so surreal—so just out there—all I could think of was stories of friends’ collegiate acid trips. Are you ready to go to places that scare you? Are you ready to probe the limits of your mind’s ability to calmly manage a situation it no longer comprehends?

2019 Tor finishers take part in their group photo on the Sunday after the race. (Tor press photo by Stefano Jeantet.)

Jimi Hendrix, the LSD generation’s legendary guitarist, wondered of his fans if they had dared to sail to far-off places when he asked, “Are You Experienced?” So it might be that a question best answers my friend’s inquiry. If you are experienced at throwing yourself into a mysterious vortex– however it has been induced– then you’re ready for the Tor. And if like me, you weren’t experienced, well then, at least know that you will be when you’ve run one final time through the streets of Courmayeur.

I could not have finished the Tor without the help of my friends Simon Conroy and Jen Dickinson. International Mountain Leaders, Simon is a Senior Guide with Run the Alps. He started the Tor this year, but injury forced his withdrawal. Next year will be his year. In lieu of running, he and Jen crewed me for much of the race, and their efforts never failed to repair my feet, fill my stomach, replenish my pack, and spin around my flagging spirits. Thanks, you two.

4 thoughts on ““Are You Experienced?” Running Italy’s Tor des Géants”