The world knows Chamonix for some of the most impressive trail races on the globe: the Marathon du Mont-Blanc, the Ultra-Trail du Mont-Blanc, and the nearly dozen other races associated with these two overarching events.

But, as September winds down, there’s a race that captures the attention of Chamonix—one that’s a favorite among valley locals: Trail des Aiguilles Rouges. Wandering for 50 km over the beautiful Aiguilles Rouges Natural Reserve, and with striking views of the Mont Blanc massif across the valley, “TAR” is one of the most beautiful trail races, anywhere. (In fact, in a recent survey, 86% of participants called TAR the most beautiful trail race in which they’ve participated.) 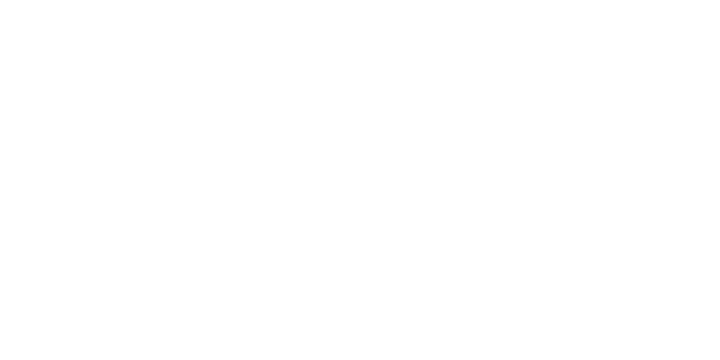 Along the course of the Trail des Aiguilles Rouges, the Mont Blanc massif in the background. (Photo courtesy of Christophe Angot/Photosports.)

Trail des Aiguilles Rouges is organized entirely by volunteers from Chamonix’s CMBM trail running club, and many local runners take part. The race is no pushover, and features many technical sections along with 4,000 meters of climbing.

Run the Alps had a chance to talk with CMBM Vice President and TAR Course Director, Paul Vulin. We were joined by race Communications Director Dominique Le Disqué. (Not a hard matter to coordinate—the two are married!) This is Vulin’s third year as the Course Director.

We visited and talked at Le Chamonix—a café and bar in Place du Triangle de l’Amitié, just a few feet from the starting line for the race. Here are their insights. 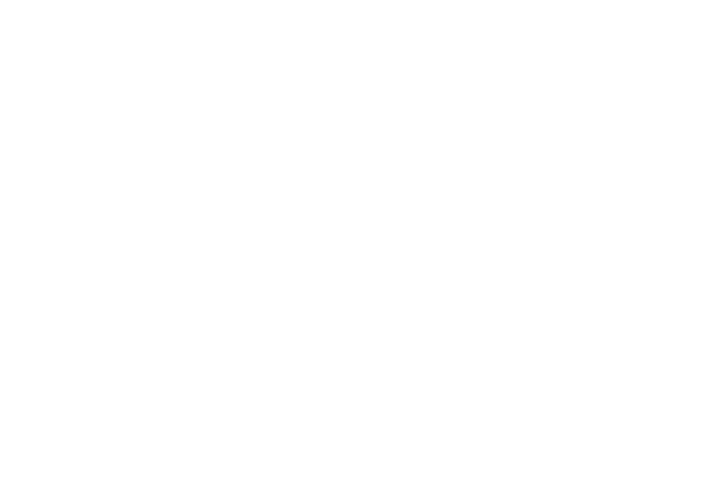 No matter which of the three routes is used, the TAR includes more than 4,000 meters of climbing each year. (Photo courtesy of Christophe Angot/Photosports.)

Run the Alps: Can you tell us about the first years of Trail des Aiguilles Rouges?

Paul: The first year of TAR was 2007—nearly 10 years ago. From the start, CMBM wanted to include the four villages of the Chamonix valley: Servoz, Les Houches, Chamonix, and Vallorcine. We wanted TAR to be a race that involved all of the valley.

However, it was hard to change the start location every year, as you might imagine. So, for some years now, the start has been in Chamonix. It’s easier to distribute bibs, and Chamonix is a central location for everyone.

Now, we have three different race courses, and we rotate routes each year. It allows the three other villages of the valley to welcome the finishers of the Trail des Aiguilles Rouges.

Run the Alps: What was the intent behind starting the race?

Paul: To understand that, you need to look at the history of CMBM, which was founded in 1979. The club started as a section of the Chamonix Club des Sports. In 2000, CMBM left Club des Sports—though the Marathon du Mont Blanc stayed with the Club des Sports.

When CMBM left, it started its own trail running training program for young runners. But, it had also lost a part of its financing. We raised some money from membership dues to pay the coaches. In 2005, we started to realize that a race would help, and in autumn 2006 we made a reconnaissance of a possible race course through the Aiguilles Rouges… and in 2007 the TAR was born!

Run the Alps: TAR seems to hold a special place in the heart of local trail runners. Why do you think that is?

Paul: One part of that answer is the organization of the race. Trail des Aiguilles Rouges, it’s our club race. It’s 100% volunteer-organized and 100% Chamonix valley. Being organized by volunteers, we had to cap the numbers of runners at 650. We need to keep it small and manageable. That’s contributed to the special feel of the race. You might say that TAR is the soul of the CMBM. 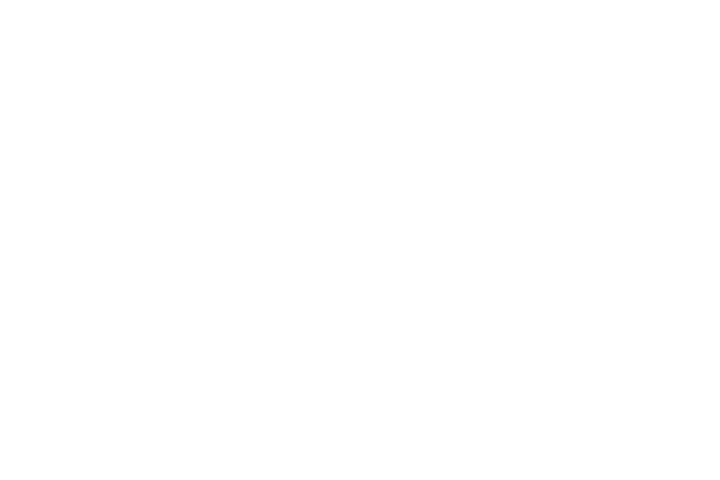 High atop a col in the Aiguilles Rouges Natural Reserve, runners take a break. (Photo courtesy of Christophe Angot/Photosports.)

Run the Alps: And now you have the P’tit TAR, or Little Trail des Aiguilles Rouges.

Paul: Right. It was created four years ago to support the youth section of CMBM. The race is 15 km long with 1,200 meters of climbing. French law doesn’t allow youth to run a race like TAR—it’s just too long. To run a race like TAR, you need to be at least 18 years old. We needed an event for our young runners who were aged 16.

Run the Alps: What’s the route?

Paul: In its first years, the course of the P’tit TAR followed the 15 last kilometers of the TAR, but that’s no longer the case today. For the last two years, P’tit TAR has its own race course within the vicinity of the arrival city. (This year, starting and finishing at Vallorcine.)

Paul: The race was created for younger runners, but this year, 84-year-old René Bachelard is running the P’tit TAR. (Editor’s note: Réne was one of the founders of UTMB, is a past president of CMBM, and is currently UTMB’s race organization’s President. Last month, he completed the 55-km OCC.) It’s super—the race was created for kids, but now we have all ages running it!

Run the Alps: Tell us about CMBM’s youth section.

Paul: In 2000, Vincent Delebarre started working as a coach for the kids in CMBM. (Editor’s note: Vincent was the 2004 winner of UTMB.) Along with the coaching, P’tit TAR is part of an effort to create a more structured, dynamic training for youth and to welcome them to the club.

There were five youths when we started, and we have 40 now! They have two coaches, plus structured trail running trips and more—thanks in part to P’tit TAR. It’s really super.

Dominique: The thing is, Chamonix is known as the “Vallee du Trail”—The Valley of Trail Running— so it’s good for us to be engaging the next generation in trail running.

Run the Alps: TAR seems to be getting more popular.

Paul: That’s certainly true. Four years ago, registration was complete in three months. Three years ago, it was done in three weeks. Two years ago, it was completed in three days, and a year ago… in less than a day! So this past year, we decided to switch to a lottery system. There will be no changes in the numbers of racers, to protect the natural environment of the Aiguilles Rouges.

Run the Alps: What’s new for this year?

Dominque: This year we’re launching a new trophy. Last year, a volunteer, Isabelle Collignon, died in a car accident four days after TAR. We created a trophy in her name, for the runner who wins three years in a row. It could happen this year with Mathieu Brignon. But, he has broken ribs now and might not run. We’ll see!

Run the Alps: What do you see for the future of TAR? Paul, will you continue as Race Director?

The first Trail des Aiguilles Rouges was imbued with a spirit of love for the trails, to discover the massif on the Aiguilles Rouges, and to be in the natural world. It was a gathering of the club, respectful of nature, with noted trail running figures like Vincent and Dawa Sherpa. (Editor’s note: Sherpa was the first winner of UTMB. He lives in Geneva, Switzerland.) I’d like to see that spirit continue.

The important thing in my mind is to preserve the spirit of the race as a gathering of club members, and for the race to remain volunteer-run.

Dominque: Next year will be the 10th anniversary of TAR, so we are thinking about doing something special for that occasion, too!

Run the Alps: Are you going to run this year? After all, Michel Poletti ran UTMB as Course Director.

Paul:  It’s not possible for me, as I need to spend all my time organizing the race, helping as I can. and I want to stay beside the volunteers.

Run the Alps: What about your own running for each of you—what do you do when you’re not organizing TAR?

Paul: I like to run races, and I like to run alone in the mountains, too. For two years, I ran the Montagn’hard – 105 km and 8500 m elevation – 24th overall. I have done the Ultra Marin – 177 km (25th overall), and this year I did Trail du Tour des Fiz, where I was 44th, overall. The last 5 km I ran with a broken rib! I’ve also done the Ultra Trail Vulcain, Ultra Champsaur, Ultra Trans’ Aubrac and Ultra des Templiers.

Run the Alps: You have 30 years to wait!

CMBM: The Club at the Heart of Chamonix Trail Running

Is Chamonix the Trail Running Capital of the World?